and those still seeking a home in 2022

Some of my children are finding a new home in 2022, while many are still untethered and just waiting for the right apartment complex, bungalow or ranch home to come along.

Moving to Drama Scripts UK (I'll give you the link as soon as I have it)...

The LEARS: Fools of Fortune

Waiting for the ultimate trailer park to present itself....

A Spoon River for A New Century

Produced by Special Arrangement with

What if Shakespeare felt maker's remorse in presenting  HENRY VI's Joan of Arc, & TROILUS & CRESSIDA's Pandarus, & enlists the patronage of Queen Elizabeth to assist him in giving both Pandarus & Joan d’Arc makeovers? Perhaps change history in the process? Achilles, Patroclus, Mistress Overdone, Anne Hathaway, Mrs. Aphra Behn, Edward DeVere and even a Gallant Stool join in the fray. And what’s that underlying thrum regarding authorship?

CAST in order of appearance

Thanks for following our work....

In 2021, MIDNIGHT's DREAM, PANDER...ing & TEMPEST will all get the ZOOM treatment. Keep a lookout for announcements from TheatreMakers Studio and ptmcplaywriting for dates and streaming access.

We are Shakespeare with Benefits and welcome to our online show! Our professional actors, all working from self-isolation, have come together to bring you our Bard-Based Variety Show – a fun mix of Shakespeare and skits and songs based on Shakespeare – to raise money for two organizations fighting COVID-19 and helping communities affected by the virus.

What if Ray Cooney, Georges Feydeau & Shakespeare had a baby?

A Feast of Blood

Mashing up Shakespeare’s Titus Andronicus, Middleton’s The Revenger’s Tragedy and the Victorian Penny Dreadful, STRING of PEARLS a.k.a. Sweeney Todd, to provide enough vengeance, mayhem and blood to fill a banquet hall of horror. Aaron becomes the central character in this barbaric tripleheader, gaining his freedom, his vengeance and his child’s legacy on the bloody way. Coming soon from ptmcplaywriting.com

to quote that "lit crazy charmer",

she was... "Reeking of indiscretion"

Mashing up Shakespeare’s Titus Andronicus, Middleton’s The Revenger’s Tragedy and the “Penny Dreadful” String of Pearls a.k.a. Sweeney Todd, to provide enough vengeance, mayhem and blood to fill a banquet hall of horror.

Aaron becomes the central character in this barbaric tripleheader, gaining his freedom, his vengeance & child’s legacy on the bloody way.

a Direct Result of

I'm leaving on the AMTRAK on Nov 24 to go to Johnson, VT

for a four week residency to begin work on

an epistolary tale for two men and one woman.

During my March 2018 residency fellowship, I completed TEMPEST and began work on Midnight's Dream,

my adaptations of The Tempest and Midsummer Night's Dream.

I'll be busy, and due to your generosity and my 13 days of jury duty on a federal trial, it will not be necessary to use

over 40 hours of my time at VSC in kitchen service.

Those 40 hours are now already paid for.

I continue on to the Midwest on Dec 22

for the holidays with my family in Waukesha

Post-apocalyptic tale of strangers in a strange new land...based on

The Tempest by William Shakespeare

the Unusual Suspects of #KSR18

Thursday January 25th at 7pm at The Salon in DUMBO

With ptmc, Drew Bolander, Greg Pragel and a Mystery Guest

Help us get CUSTODY ready for Summer Festival Season

A Christmas "God Bless Us One & All"

On the 12th night ... day of Christmas your true love brings to me, many kinds of pasta, one butler braying, and one golden ring. Updated to gay, swinging,1960’s Little Italy, NYC, this 12th NIGHTed is shot out of Shakespeare’s confetti cannon of sexual confusion, double sets of twins, & families trying to stick or get back together. Eight saucy characters blanket the pasta business with their own kind of business in an Italian "pair" tree. A farce of epic proportions suggested by the Bard's TWELFTH NIGHT.

"If pasta be the food of love, carb on"

at The Wild Project, NYC

The LEARS: Fools of Fortune

in the LGBTQ Center

ALL OUT ARTS FRESH FRUIT FESTIVAL at 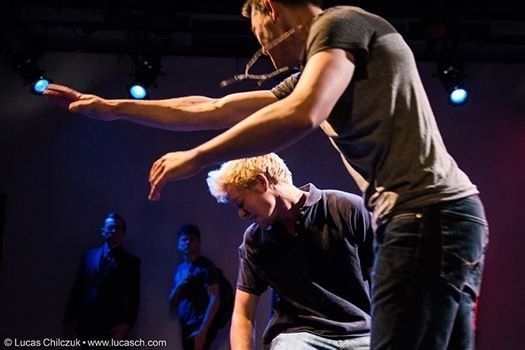 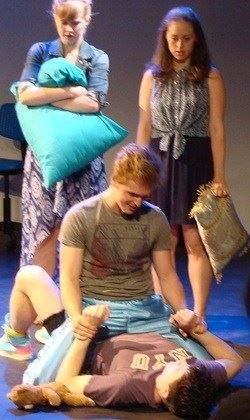 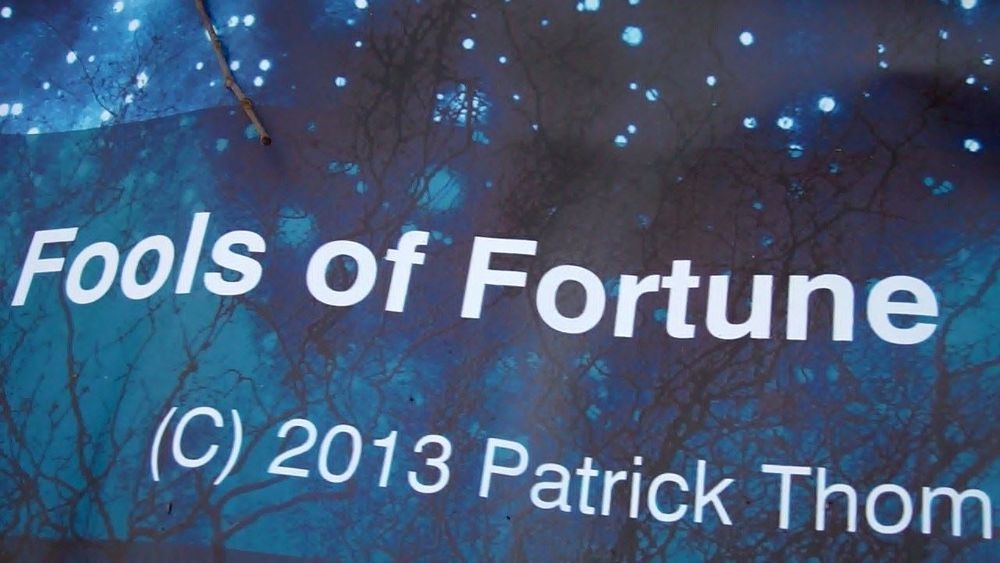 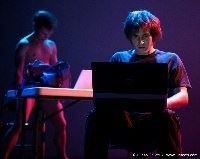 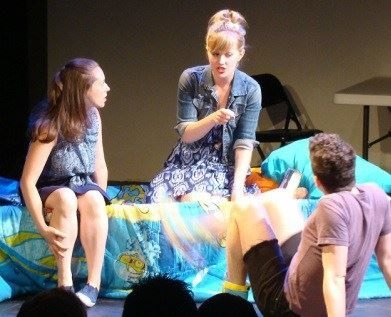 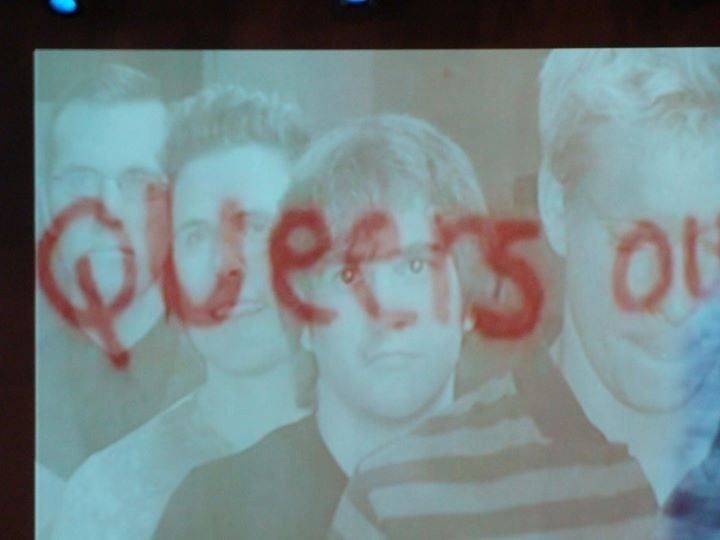 Suggested by a Midwestern teen "sexting" incident, 6 boys, 2 girls and one adult, take you on a wild cyber ride into the world of sExToRtIoN.....

"Was this about texting or sexting, or bullying or predators, or finding the curves in straight boys?" Quin Quimby

"What's on your teen's screen?"

FEATURED IN THE 2nd READING:

FEATURED IN THE 1st READING:

"A Spoon River for a New Century"

All Out Arts' FRESH FRUIT FESTIVAL